While in Istanbul, Ekaterina Aygün had the opportunity to visit a newly opened exhibition on city, art and exile at the Yapı Kredi Kültür Sanat.

The exhibition is dedicated to the Hristoff family. I became interested in the family’s history not long ago when I came across a black-and-white photograph taken in 1963 by members of the Hristoff family. This photograph features a group of Russian speakers in traditional costumes – so-called Nekrasovtsy or Nekrasov Cossacks – whose ancestors, Old Believers persecuted by Russian Orthodox authorities, had fled to the Ottoman Empire in the 18th century. Interestingly, the photograph was taken by the Hristoffs at a time when the Nekrasovtsy had been gradually emigrating to Canada, while the family itself was about to leave Istanbul for good and move to New York. Meanwhile, few people know that in the summer of 1924 the Nekrasovtsy were visited by journalists from the magazine Put’/La Voie – in other words, by Russian-speaking émigrés who had settled in Istanbul at the beginning of the 1920s after the revolution. According to these journalists, at that time Nekrasovtsy were mainly engaged in agriculture, cattle breeding and fishing, still considered themselves Kuban Cossacks, dressed like their ancestors and spoke “the purest” Russian language. 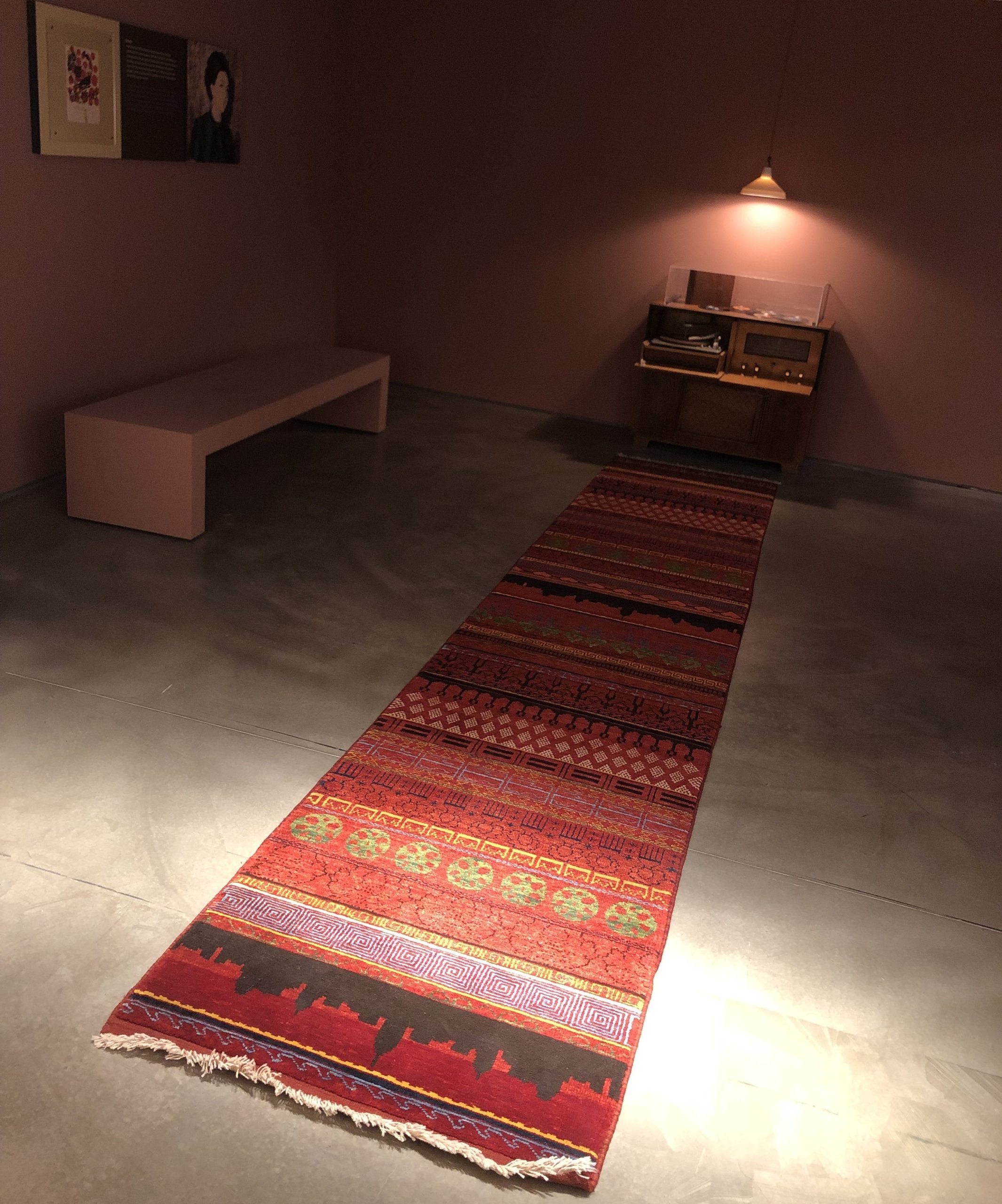 Although this particular photograph is not presented at the exhibition (most likely because it is not related to the concept), there are many other objects such as photographs, postcards and artworks telling the story of three generations of the Hristoff family, Bulgarian artists (grandfather Peter Dimiter Hristoff, father Dimiter Hristoff and son Peter Hristoff) who, despite being immigrants, always considered Istanbul their home. Even Peter Hristoff, a teacher at the New York School of Visual Arts, who left Istanbul when he was only five years old, established a bond with the city and tries to visit it at every opportunity: “I have had the incredible privilege – and burden – of being the collector of the stories recounted to me. I’d like to thank my parents, grandparents, aunts, uncles and all of their friends, especially their friends from Turkey, who gave me such rich tales to think and dream about and be inspired by. Even though I was a child when I left Istanbul, I will always be an immigrant, always with one foot here and one foot there. It is this experience more than any single place that has forged my identity, my wanderlust, and my artistic spirit” (Memento Istanbul, 153). Thus, this exhibition is as much about the family as about Istanbul from the early years of the Turkish Republic to the 1960s. Additionally, it is about multiple arrivals and departures: first to Sofia as a result of the Balkan Wars, later to Istanbul due to the political situation, and finally to New York (although the grandparents reached the city from France via Canada). Moreover, the artworks presented at the exhibition shed light on the artistic life at the time: “In Memento Istanbul, the viewer is invited on a kaleidoscopic safari down the tunnel of time. Paintings by three generations of the Hristoff Family and the artists who were their close friends, will meet under a pastel sky dome, and a caravan of ephemera, that will take the viewer on a serendipitous journey” (Memento Istanbul, 13). Even though there are no mentions of the contacts between grandfather Peter Dimiter Hristoff (1898–1979) and Russian-speaking émigré artists, there is a high probability that he was acquainted with them either during his studies at the Academy of Fine Arts in Sofia or after he moved to Istanbul in the first half of the 1920s. Hence, it is not surprising that his works of 1921/1923–1926 and especially the subjects he chose (the Byzantine theme, for instance) strongly recall the works by Russian-speaking émigrés living in Istanbul in the 1920s. Although one should not forget that, as Orthodox Christians by religion and culture, the Bulgarians and Russians had much in common by definition.