The National Press Library of Mexico (Hemeroteca Nacional de México) is located in the campus of the UNAM-Universidad Nacional Autónoma de México, more precisely in the Cultural Center of the University, an architectural complex which includes, among others buildings, the University Museum of Contemporary Art, the Auditorium Nezahualcóyotl, the Theater Juan Ruiz de Alarcón, the Sculptural Space, National Library and Press Library, and the and the charming café Azul y Oro. 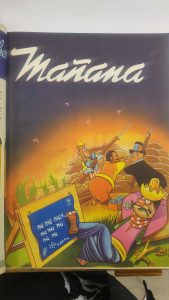 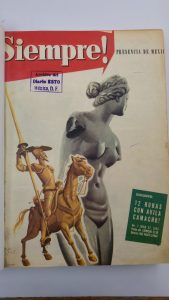 It’s possible to find most Mexican Press publications there, which has been an invaluable source for my research. I really appreciated the help of the librarians. After taking about four hundred pictures of the documents, I went to the mythic café Azul y Oro and have one of the best chocolate oaxaqueño I ever had. 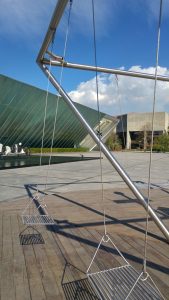