Istanbul has a long history of the internal and transnational migration. As the centre of the Ottoman Empire and after the establishment of the Turkish Republic in 1923, the city became a destination for people who had to change their place of residence for economic or political reasons. The metropolis on the Bosporus was an important destination for refugee artists in the first half of the 20th century. Districts such as Beyoğlu/Galata were the target of various emigration movements, under them the Russian emigrants arriving after the Russian Revolution and shaping a “Russian Constantinople”. By “Russian”, of course, Jews, Armenians, Tatars and many other Russian-speaking people running for their lives were also implied. Among them were prominent representatives of the art community: writers, artists, musicians, choreographers. Some of them came to Istanbul for a while in order to move to Europe one day, others understood that they might stay forever. Something similar happened to painters whose short stay in Istanbul can be considered as a fact of great cultural significance. They depicted historical events, urban and rural landscapes, scenes from the Ottoman life. In addition, they painted still lifes, portraits and nudes. Their activities attracted attention of art collectors and dealers from different countries, many paintings of the so-called “White Russian” masters were sold. However, the work of the masters was not limited to paitings. Thus, Nikolai Peroff completed wall paintings for churches of the Russian settlements in Karaköy. Nikolai Kalmykoff was a magnificent muralist who painted wall panels and ceilings of cinemas and domestic buildings. His most famous work still adorns the Süreyya Opera House in Kadıköy.

At the end of the 1920s and during the 1930s, German-speaking architects, urbanists and artists worked and lived in Beyoğlu/Galata. Although the quarter was not far away from the historical centre (Stambul), it had also been shaped along European lines with embassies, bookstores and schools. Institutions including the Academy of Fine Arts or the Architecture Technical University were within walking distance, as was the port of Karaköy with its ferry boats, connecting the European and the Asian sides of the city. At the port of Karaköy the exiled architects Margarete Schütte-Lihotzky and Wilhelm Schütte created a temporary street architecture to celebrate the 15th anniversary of the Turkish Republic in 1938.

Several buildings designed by refugees, including private homes, university buildings and schools, are still standing today. Sculptures by Rudolf Belling, and projects and buildings by Bruno Taut can be read as testimonies of a practice in exile. Special means of expression are undoubtedly residential buildings, which were built in Istanbul in connection with its topography, such as Ernst Egli’s Villa Ragip Devres in Bebek (1932/33), the Villa Eckert-Emirgan by Clemens Holzmeister in Rumelihisari (1943/44) or, above all, Bruno Taut’s house in Ortaköy (1938) with a panoramic view of the Bosporus. Architecture and Art journals such as Mimar (later Arkitekt) or Ar, based in Istanbul, were forums for contact between migrant and local authors. 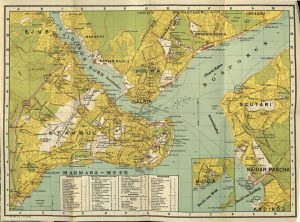 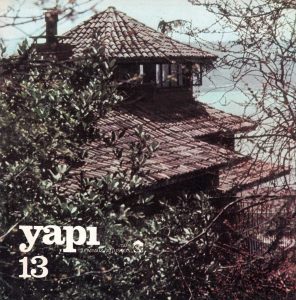 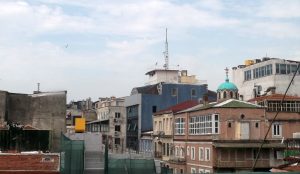